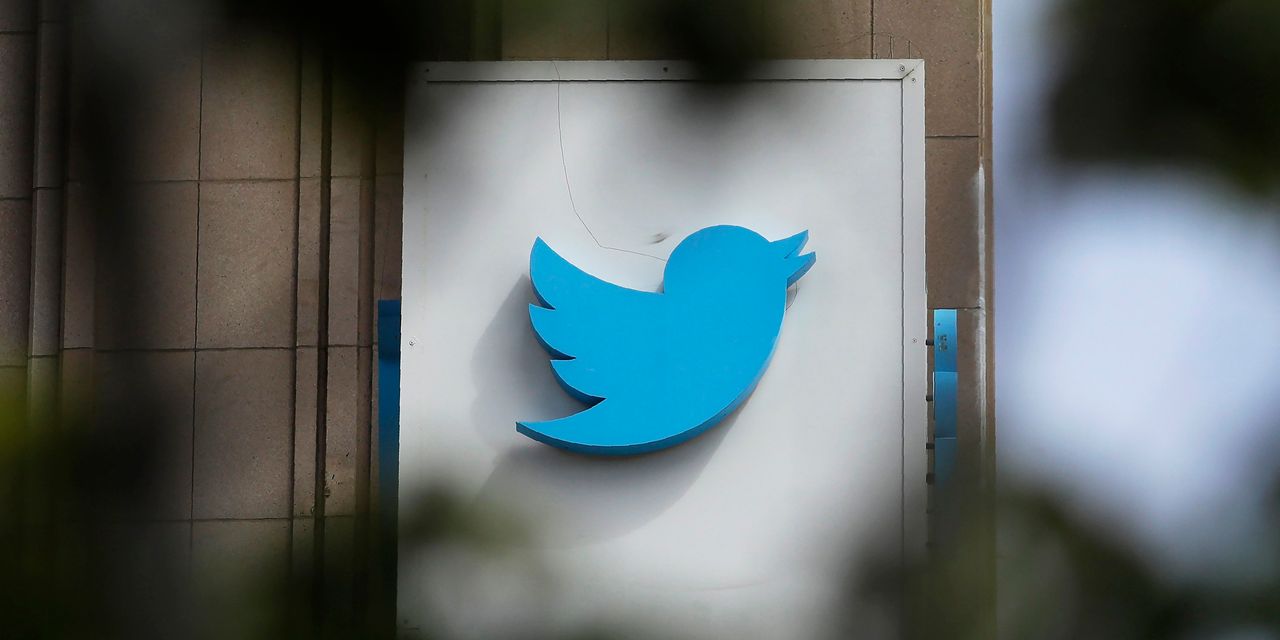 CEO threatened Monday to end his $44 billion deal to buy the social-media company, saying in a letter that the company didn’t comply with requests for data about spam and fake accounts. Twitter said it would continue to share information with Mr. Musk. That same day, Texas also launched an investigation of Twitter’s tally of fake bot accounts. Twitter shares lost 1.5% Monday.

Target is missing the mark with shoppers. The retailer warned profits would drop because it needs to cancel orders or offer discounts to clear out unwanted goods so it can make way for in-demand items. Big retailers are grappling with a swift reversal of buying behavior, with consumers spending less on home décor and patio furniture in favor of services and necessities such as food and fuel. Target said last month that inventory rose 43% in the most recent quarter, and supply-chain snarls delayed the arrival of many goods past the ideal selling window. The announcement came two weeks after the company reported lower than expected profits. Target shares dropped 2.3% Tuesday.

Kohl’s might be selling itself soon. The struggling retailer is in advanced talks to be sold in a deal that could value the department-store chain at roughly $8 billion. The company said it has entered a three-week period of exclusive talks with retail holding company

which owns brands such as Vitamin Shoppe. Franchise Group had offered around $60 a share for Kohl’s, the company said. Kohl’s has been under pressure to boost its share price, and two activist shareholders have recently called on the company to explore selling itself. Kohl’s shares jumped 9.4% Tuesday.

Inflation is making consumers lose their appetites. Campbell said higher price tags are deterring some shoppers as persistent inflation pushed the soup maker to raise prices three times in the past year. Its sales volume declined 3% as consumers reacted to inflation and as labor and materials shortages constrained Campbell’s production. Still, the company’s net sales jumped 7% to $2.1 billion in the recent quarter, and Campbell boosted its fiscal 2022 sales guidance, saying it expects demand to largely hold up even as it raises prices as it contends with higher costs. Campbell shares rose 1.5% Wednesday.

New details are emerging about complaints made at an Abbott Laboratories baby-formula-plant before it shut down in February, contributing to a severe U.S. shortage of the infant food. The Wall Street Journal reported Wednesday that Abbott and the U.S. Food and Drug Administration were alerted to whistleblower allegations about the Sturgis, Mich., facility in February 2021, months earlier than previously known. The complaint cited failing equipment in need of repair and formula released without adequate evidence that it was safe for consumption. Abbott and the FDA have come under fire in recent months for what lawmakers said was a slow response to problems in Sturgis. Abbott shares fell 1.9% Wednesday.

Pay is no longer a secret at Microsoft. The software giant said it would soon publicly disclose salary ranges for all U.S. job postings, making Microsoft one of the first major employers to take such a step. The move comes after its home state of Washington adopted a law earlier this year requiring such disclosures on job postings starting next year. The plan was among several corporate initiatives unveiled Wednesday, including paring back its use of noncompete clauses with U.S. workers and committing to a third-party civil-rights audit of its workforce policies and practices. Microsoft shares fell 2.1% Thursday.

J.M. Smucker faces a sticky situation. The maker of Folgers coffee and Smucker’s jam warned that the recall of some Jif peanut-butter products due to possible salmonella contamination would dent sales by 2% and hurt profits 90 cents a share in its recently started fiscal 2023. The outlook came as higher prices and continued demand for at-home foods and coffee lifted the food maker’s quarterly sales. The company said sales for its fiscal fourth quarter ended April 30 rose 6% to just over $2 billion, and the Jif recall reduced sales by about 1%. Smucker shares gained 5.7% Tuesday.

Write to Francesca Fontana at francesca.fontana@wsj.com