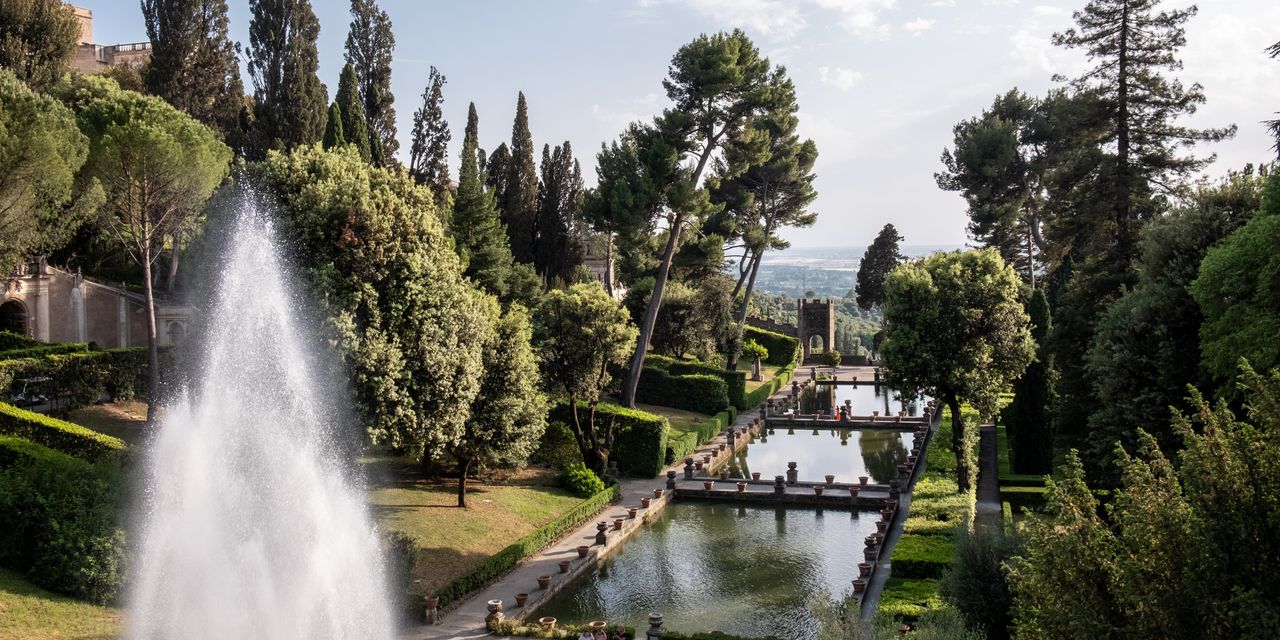 It seems as if I have always known of the Villa d‘Este, the celebrated Renaissance villa and adjoining gardens northeast of Rome, but until this spring I really didn’t know much about it. I was dimly aware of the complex’s influence on landscape design, especially the fountain-rich, terraced gardens behind the frescoed house, but I couldn’t really work up a picture in my mind. Then, during a trip to Rome this spring, I decided to find out what the five-hundred-year-old fuss was about and hailed a taxi on the Via Veneto in the early morning traffic.

Located in Tivoli, a playground for ancient and Renaissance Romans about 20 miles from the Colosseum, the Villa d’Este was the brainchild of Cardinal Ippolito II d’Este (1509–1572), son of Renaissance art patron and Duke of Ferrara Alfonso d’Este and his controversial wife, Spanish-Italian power player and putative poisoner, Lucrezia Borgia. These days, it is reached only after a rather dispiriting trip through the anonymous eastern suburbs and exurbs of contemporary Rome, which might as well be outside Rome, N.Y. Even the entrance to the complex is kind of sad, off a small-town square with a curious work of menacing public art. But then the jaw-dropping splendor begins.