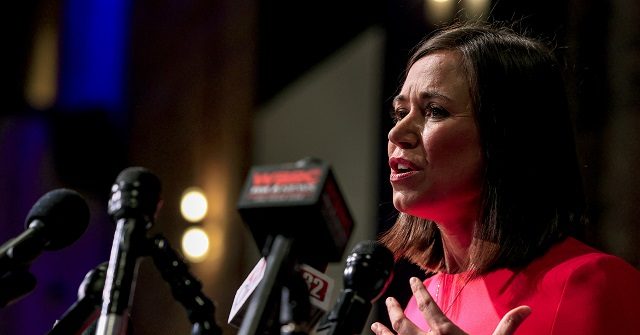 Britt got a shot in the arm with a late-race endorsement from former President Donald Trump, who had previously endorsed Brooks but rescinded it back in March.

She will face Democrat nominee Will Boyd in the November election, where she is a heavy favorite in the one-party state of Alabama.

“Alabama has spoken,” Britt said in her victory speech on Tuesday. “We want new blood. We want fresh blood. We want someone who will fight for Christian, conservative values.”

In his concession speech, Brooks blamed special interests and labeled Britt as one of the two Democrat nominees.

“Congratulations to the Alabama Democratic Party,” Brooks said, according to a report. “They now have two nominees in the general election — Will Boyd and my opponent, who they endorsed and helped push over the finish line both in the primary and in the runoff. So congratulations to you.”

Britt improved on her effort from last month’s Republican primary. In the May contest, she earned 45% to Brooks’ 29% and U.S. Army veteran Mike Durant’s 23%.

“Democrats’ radical Left agenda has no place in Alabama,” Scott said in a statement. “Inflation is skyrocketing, gas prices are up, taxes are rising all thanks to Democrats in Washington. The people of Alabama will vote to keep their great state red, and Katie will be a tremendous Senator for the hardworking families and job creators in Alabama to succeed for generations to come.”