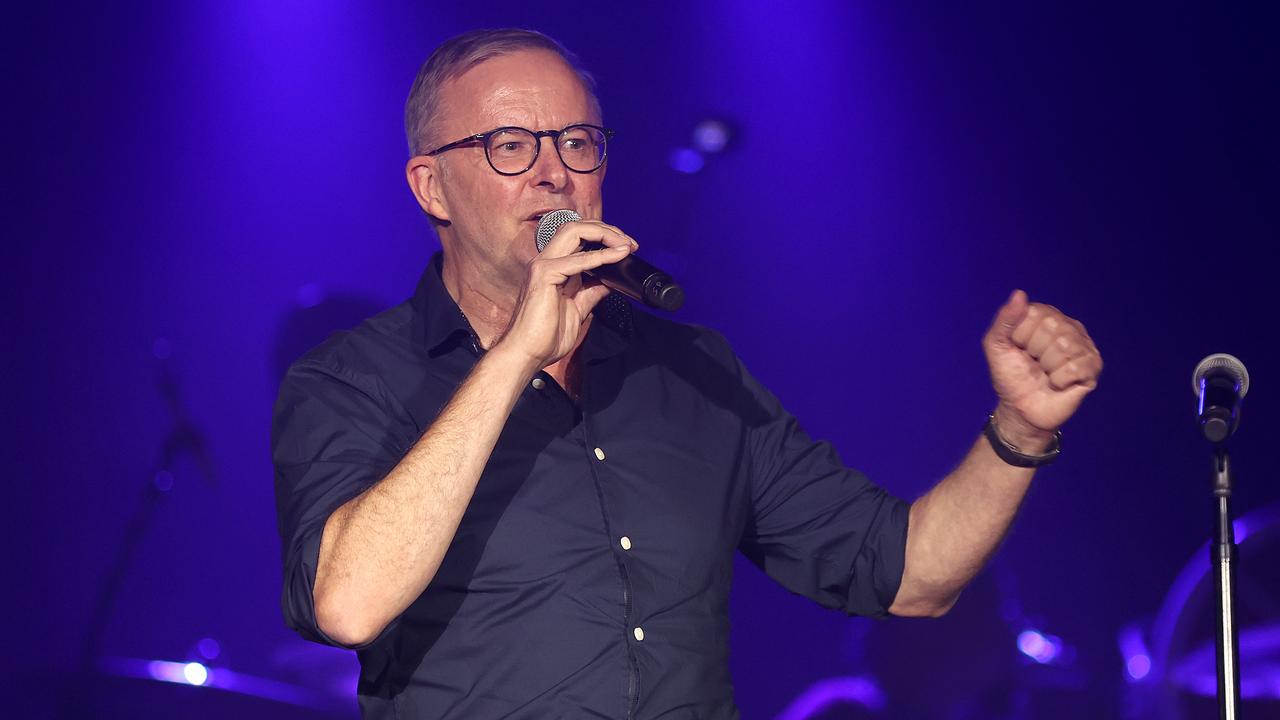 Jimmy Barnes’ son has set the report straight about Anthony Albanese’s remedy at Bluesfest after talking to his rock legend dad.

The Opposition Leader on Sunday attended the music pageant within the NSW Northern Rivers area, the place his reception was both blended, or that of a rock star, in line with various media studies.

Mr Barnes’ son, David Campbell, on Monday afternoon aimed to clear the confusion, saying he had spoken to his father following reporting of the occasion and subsequent social media commentary.

“Albo was definitely a guest of the event and most certainly NOT a gatecrasher. Albo was invited and welcomed because he has an arts policy which aligns with what my dad thinks the entertainment sector of this country needs,” Mr Campbell stated on Twitter.

Mr Albanese acquired boos from some members of a raucous crowd on Sunday night time after the MC talked about the federal election and launched him to the stage, the place he welcomed Mr Barnes’ act.

Other visitors cheered and the cheers grew louder as Mr Albanese spoke on stage about Labor’s arts coverage and its dedication to an Indigenous Voice to Parliament.

Mr Campbell stated on Monday the “booing was because the band were on stage, the crowd were pumped and ready to rock”.

“When the ‘working class man’ was announced, Albo came on. Classic switch. There were a few boos, but more cheers,” he stated.

“My dad added that most support acts get booed, as do most politicians at these events – but from where he stood, Albo went over really well with the crowd.

“Most importantly, he told me, after Albo left the stage, the gig was massive and everyone had the best night. Which, when you are at Bluesfest, after two years of cancellations, is the most important outcome!”

Mr Albanese acquired a heat welcome from different pageant goers earlier on Sunday as he arrived at Blues Fest, which returned over the Easter weekend after two years of Covid-19 cancellations.