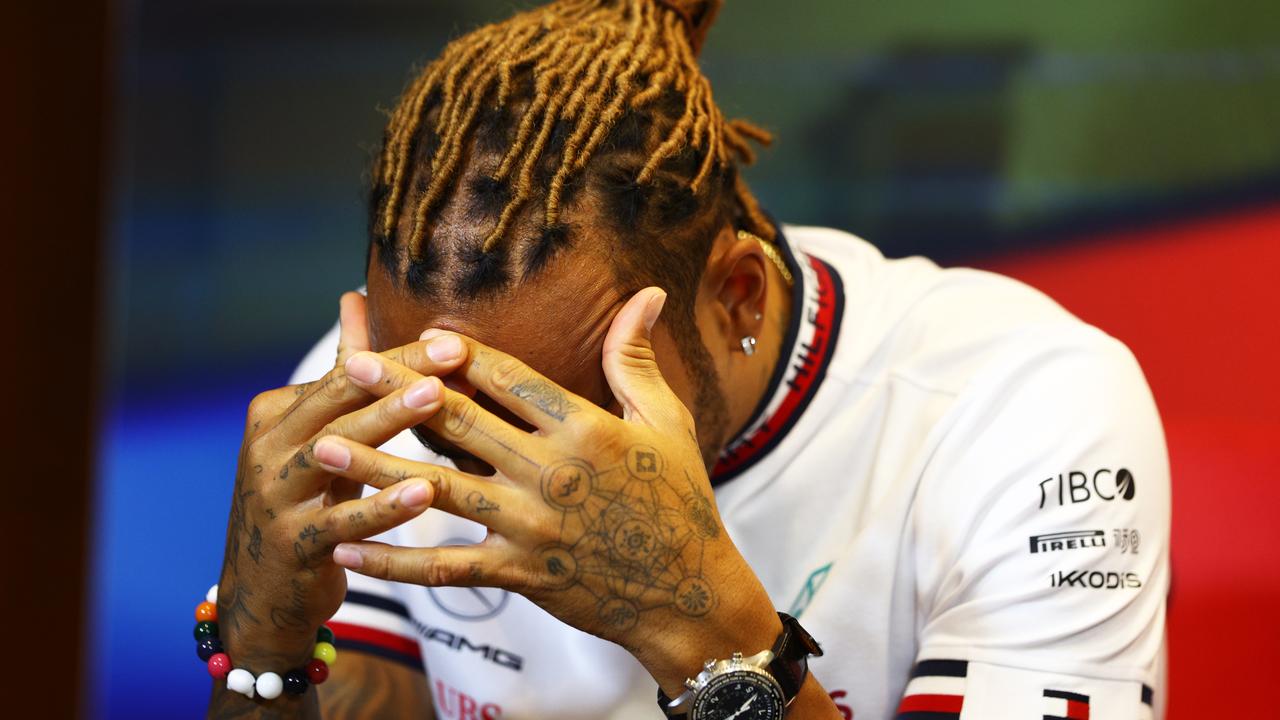 Lewis Hamilton’s attempt to reclaim the world title has been shackled by his sluggish car, and things have only gotten worse in Baku.

Charles Leclerc planted his Ferrari clear of in-form Sergio Perez at the top of the times in Friday’s practice session for the Azerbaijan Grand Prix in Baku.

A bungled strategy contributed in Leclerc getting short-changed with only fourth place from pole in Monaco behind Red Bull’s Perez last time out.

As a result, the winner on the streets of Baku 12 months ago arrived back in town being talked about as a viable title contender ahead of this eighth round of the season.

Stream all the action from The F1 Azerbaijan GP this weekend on Kayo. Pre-race coverage starts 7:30PM AEST on Sunday, with racing live from 9PM. New to Kayo? Try 14-Days Free Now >

Mexico’s most successful Formula 1 driver is only 15 points behind his world champion teammate Max Verstappen and six shy of Leclerc.

Perez was quick out of the blocks dominating first practice, but he ended the day 0.248sec behind Leclerc, who on Saturday will be favourite to nail his sixth pole out of eight this term.

But on the 15th anniversary of the first of his 103 grand prix wins, Lewis Hamilton can hardly have been best pleased to find out over the team radio at one stage he was lapping 2.3 seconds slower than Leclerc in his struggling Mercedes.

Hamilton’s attempt to reclaim the world title has been shackled by his sluggish car, with optimism of the upgrades Mercedes had introduced in Barcelona last month dampened by this showing.

And to make matters worse for the seven-time world champion, the Mercedes car was once again thwarted by relentless porpoising.

“We’re hitting some serious speeds at the end here and it’s bouncing a lot.

“We tried something experimental on my car and it didn‘t feel that great, to be honest.

“But at least we tried it, we‘ve got data on it.

“Hopefully for tomorrow we will probably revert back to what we changed.”

Verstappen, who has yet to even make a podium in Baku, posted the third-quickest time, a further 0.108sec adrift, with Fernando Alonso placed fourth, the two-time world champion clearly meaning business in his Alpine.

Leclerc was initially livid at missing out on converting the prime bit of real estate he occupied at the head of the grid in his home Monaco Grand Prix into a third win of the season, his team bungling their strategy enough to allow Perez to take the chequered flag.

“There was plenty to analyse after Monaco as we made some mistakes,” he said before practice began.

Sainz, runner-up to Perez in Monaco, took fifth in the second Ferrari with AlphaTauri’s Pierre Gasly completing the top six.

Meanwhile, Australian driver Daniel Ricciardo did not look comfortable as he filled filling 14th position, with McLaren teammate Lando Norris in 10th on this bumpy circuit boasting the longest straight on the calendar.